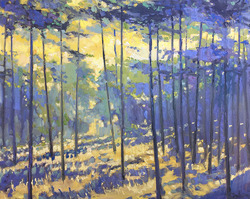 Nicholas Coley was born in Connecticut in 1971 and raised in Muir Beach, California. He hitch hiked around the states for a couple years after high school trying to find Don Juan and Carlos Castenada. He was sure he had a destiny to become a medicine man or a brujo, but after getting hepatitis in a hostel in Santa Fe, he moved to Europe and studied art at the Beaux-Arts plus another small school for painting in the south of France. He lived, studied, and meditated daily for a year in a Buddhist Monastery outside of Bordeaux. After reading 'The tropic of Capricorn' by Henry Miller, he decided he was not meant for the disciplined, monastic life and went off in search for a more creative and spontaneous world, taking him to Prague for a year and selling paintings to tourists on the Charles Bridge. From there he took the transiberian railroad through Russia and deep into China before having a complete spiritual collapse in the summer of '94. The good news is it's been a slow climb back up the mountain toward the beneficence and belonging of a higher power. Anchored by the love of a good woman he's actually been able to support his family, two extraordinary little kids (and another on the way), even putting a down payment on a house...all exclusively with the proceeds from painting sales, which he's damn proud of and still sort of in dumb happy shock. For almost 20 years now he has been painting full time, almost everyday. Turns out, he was something of a medicine man after all.